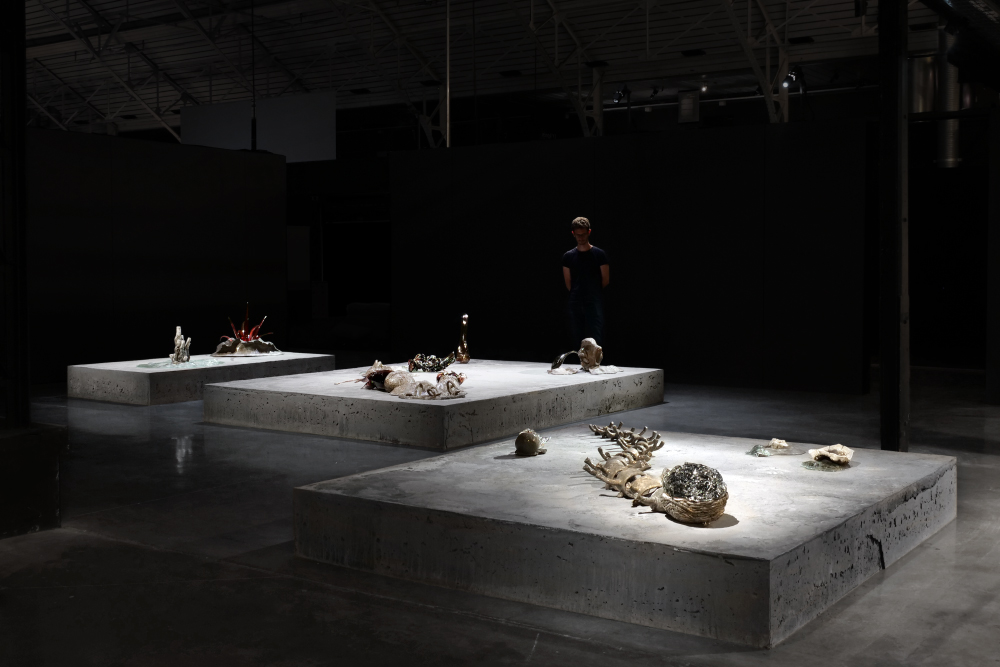 Khthon imagines a moment located in a new geological era, an era that comes after our own, marked by human activity. In this new era, an ancestral kingdom emanating from the depths of the Earth has reasserted its place: the mineral, the chthonian, the tellurian.

The mineral is at once the origin and the destiny of our bodies. These are made up of calcium, phosphorus, potassium, sulphur, sodium, iron, copper, zinc, selenium, manganese, cobalt, silicon. After a long process of fossilisation, they will return to the geological matrix from which they came.

Khthon represents the emergence of "geological life", a hybrid active force that has gained the ascendant over the botanical and the biological and that, over the long term, has taken on the features of life, reshuffling the cards of a frontier between the inert and the animate.

Khthon posits the hypothesis of a humanity that has been only a short chapter in a long geological history and that, having exploited Earth’s fossil resources, has brought on its own fossilisation.

Khthon evokes the chthonian divinities, the guardians of the depths of the Earth, those Gorgons that had the power to petrify bodies, in other words – literally – to mineralise them. 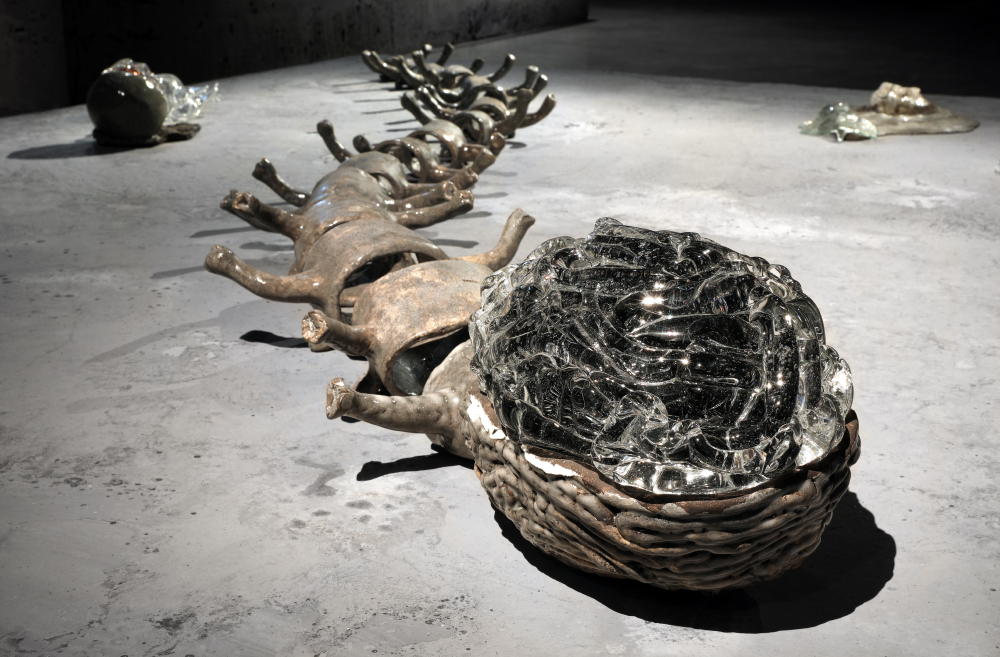 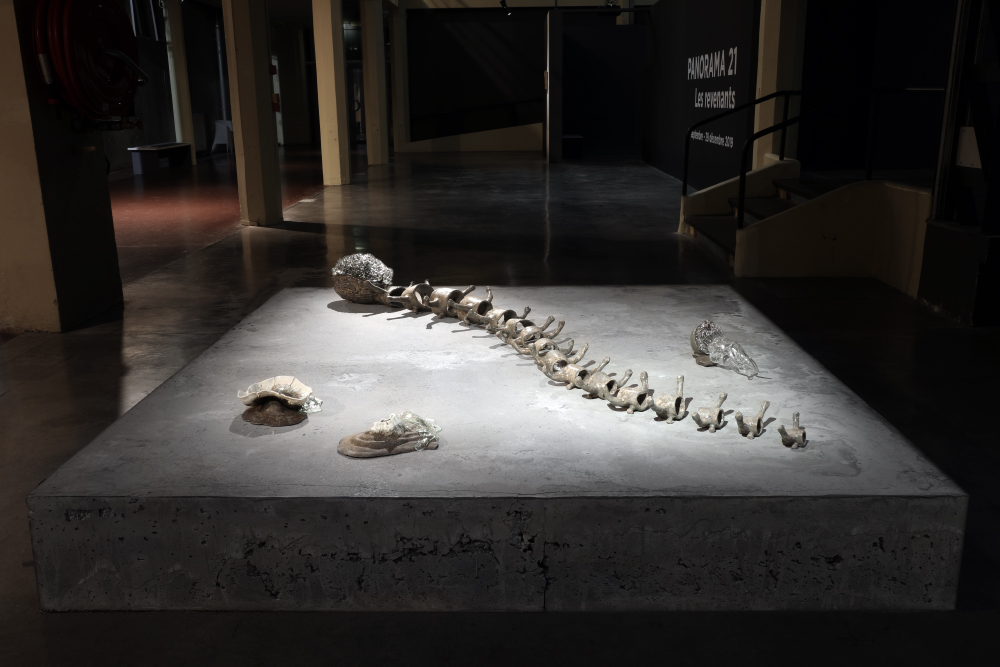 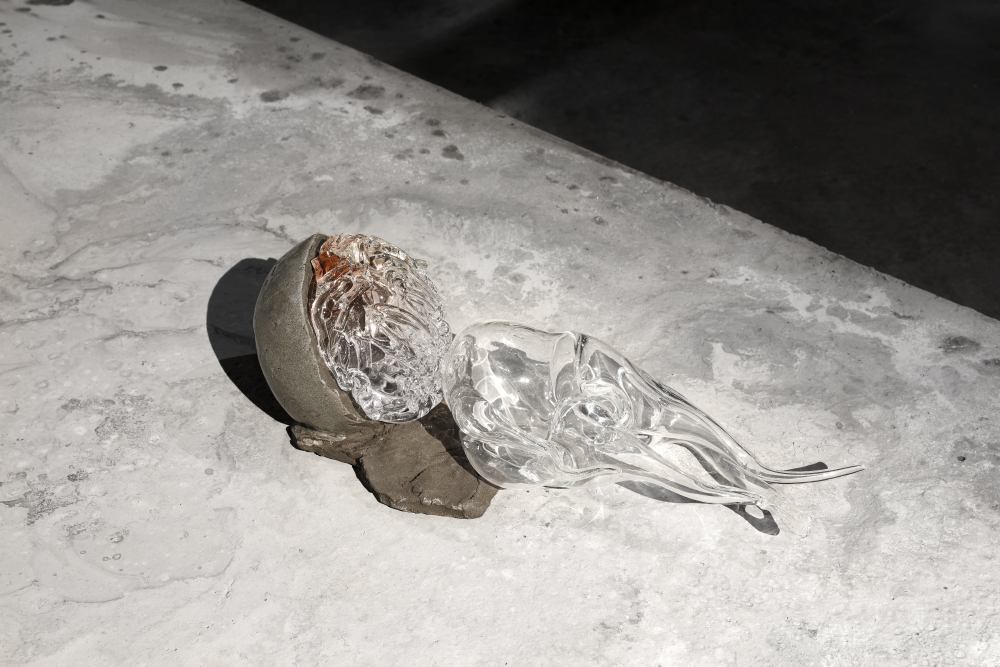 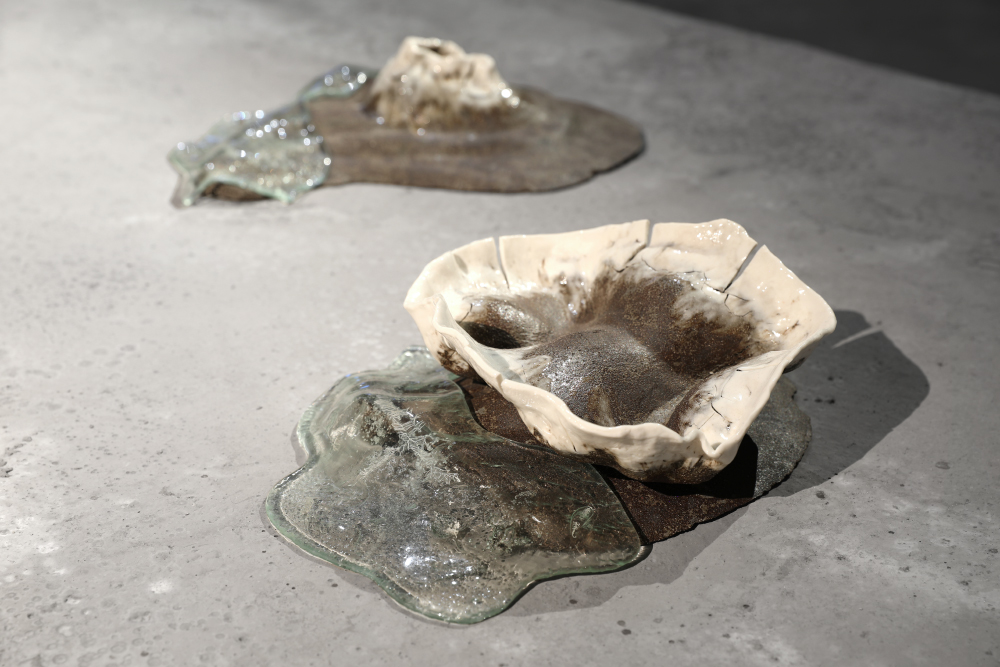 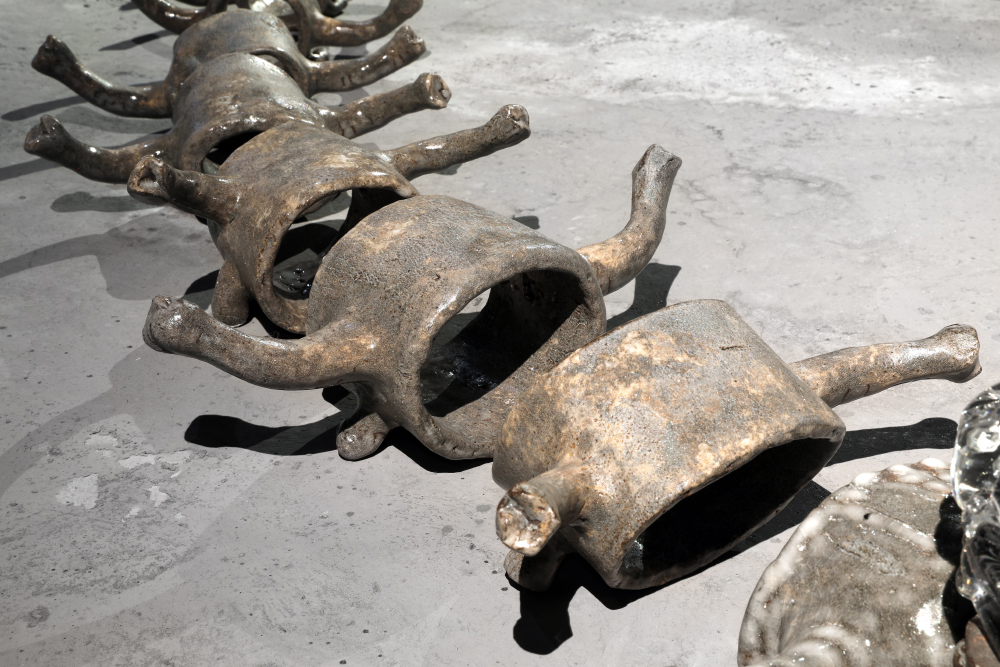 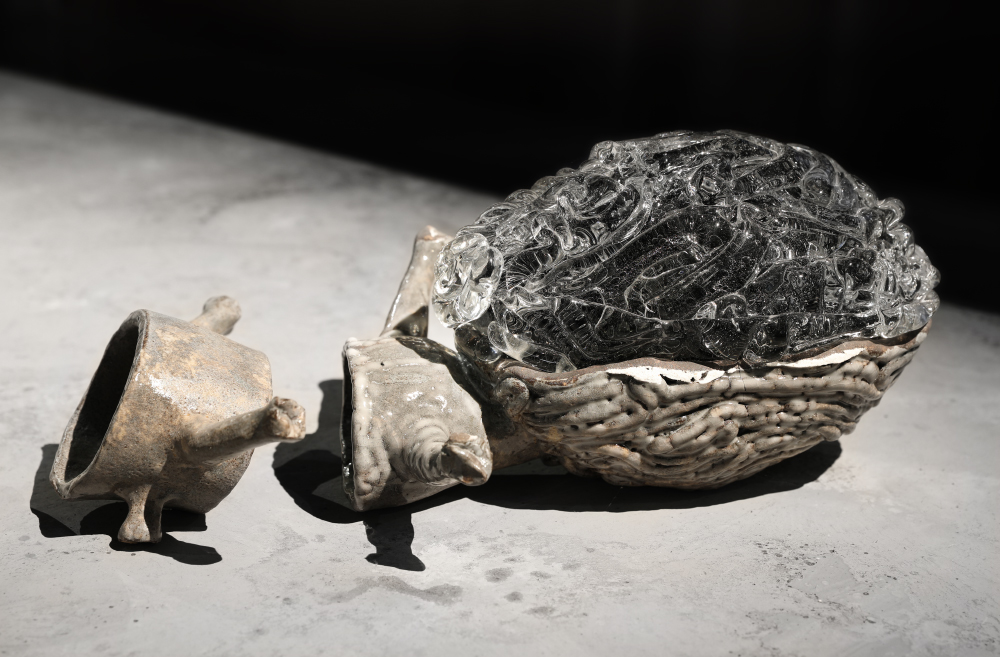 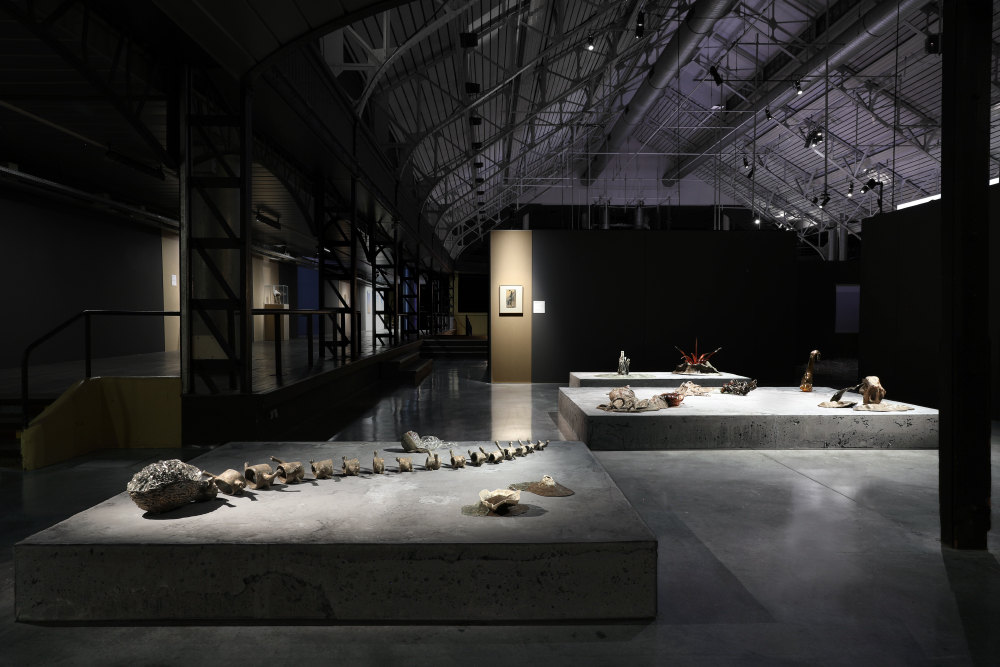 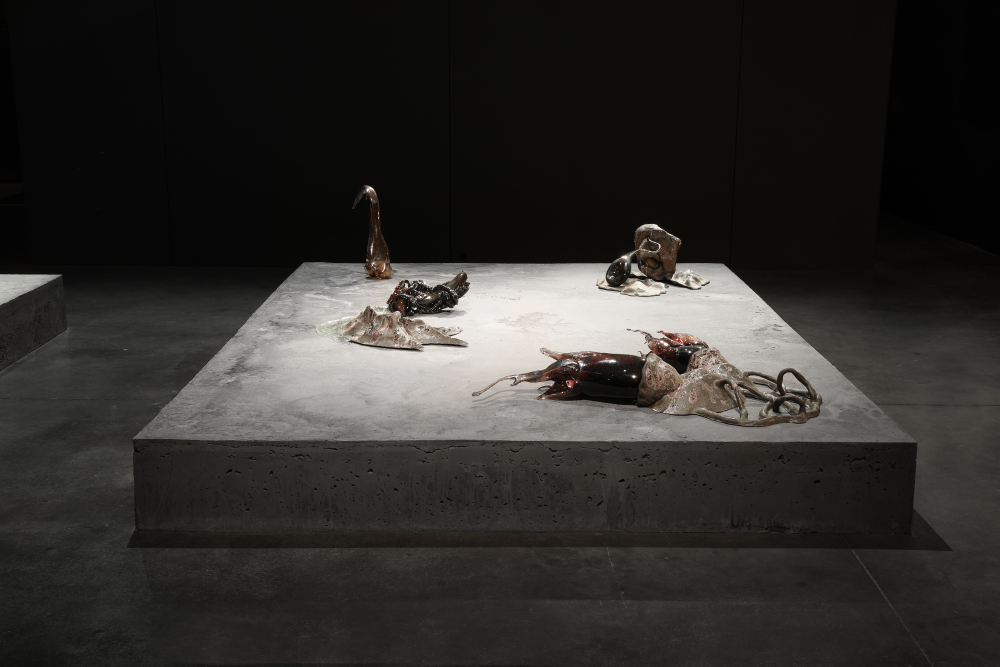 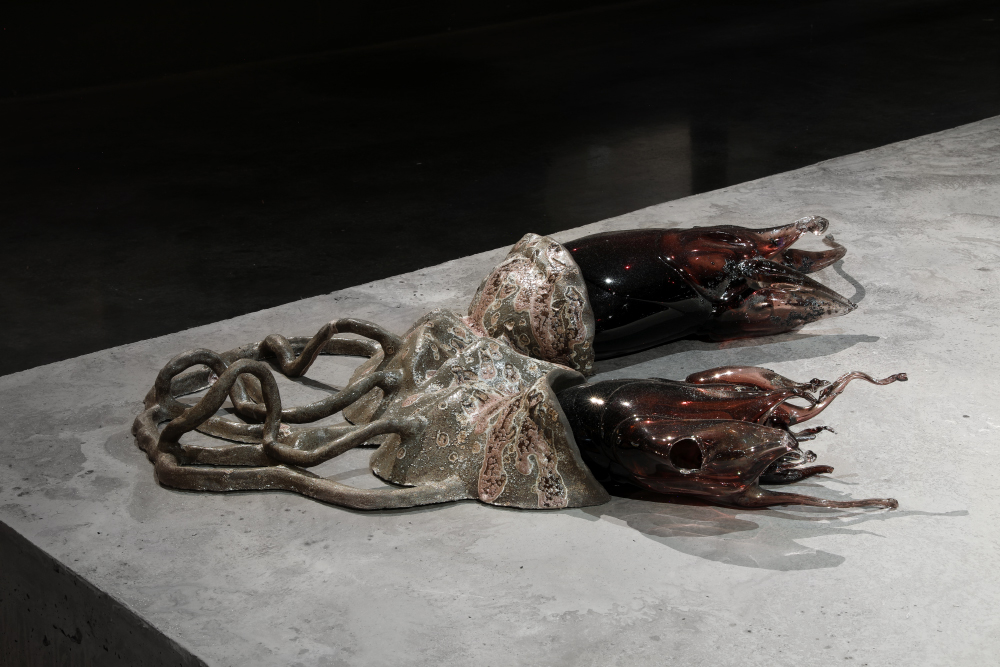 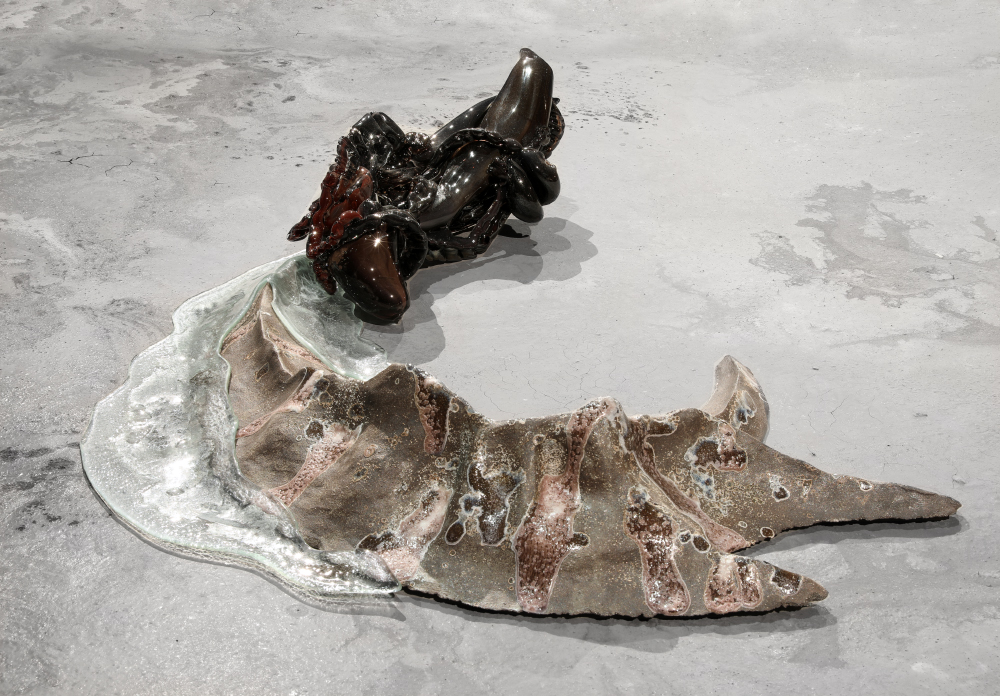 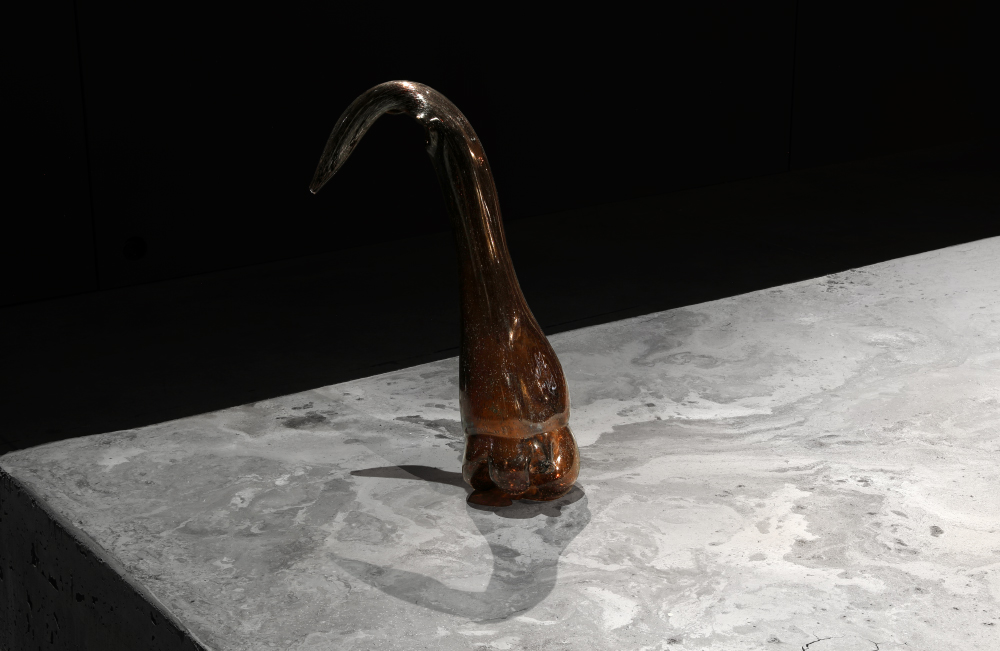 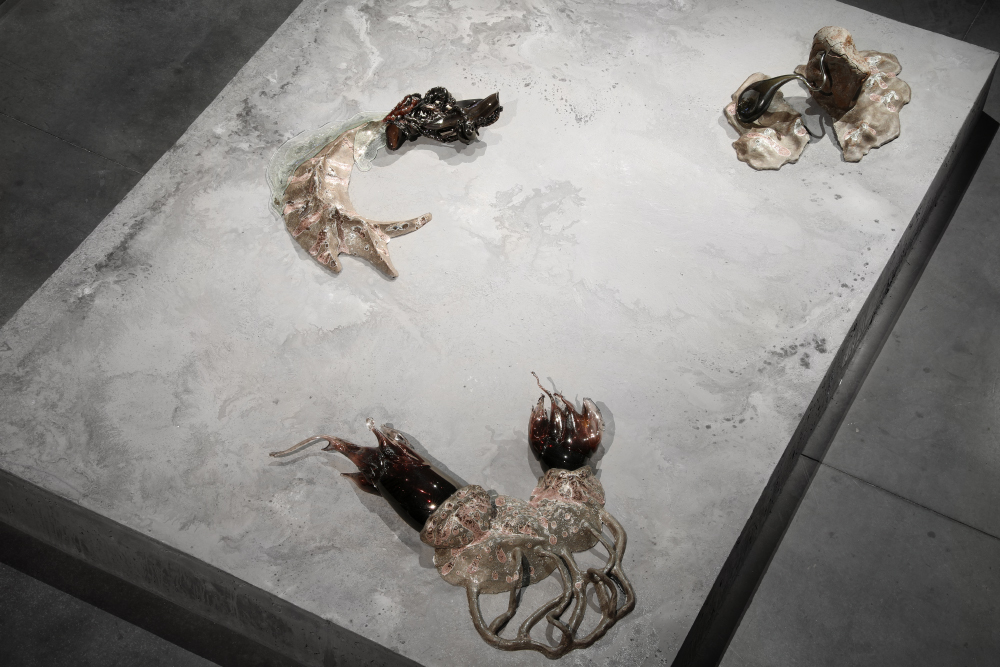 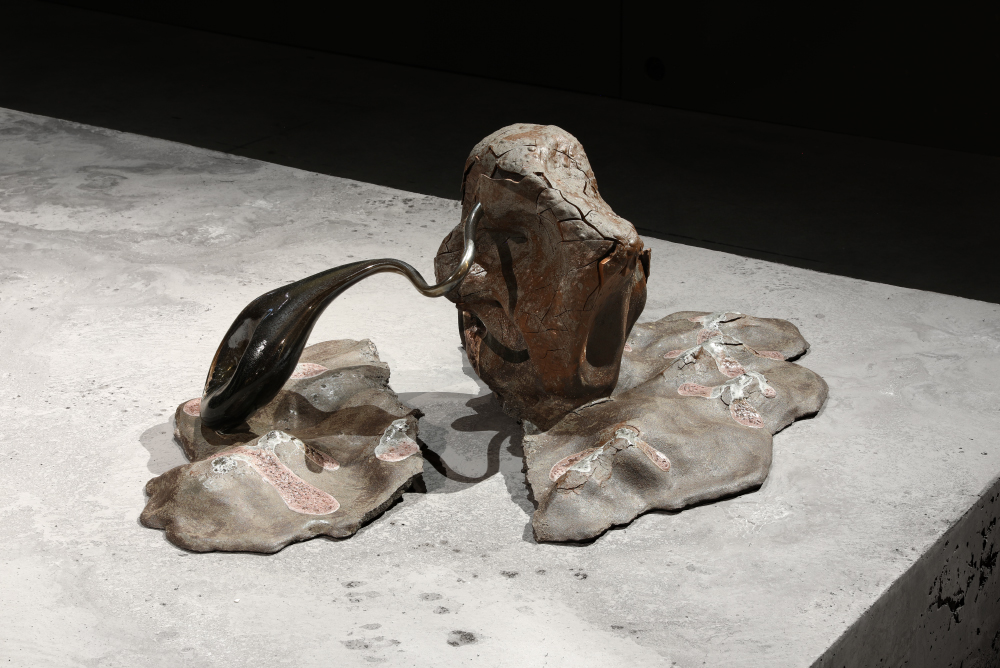 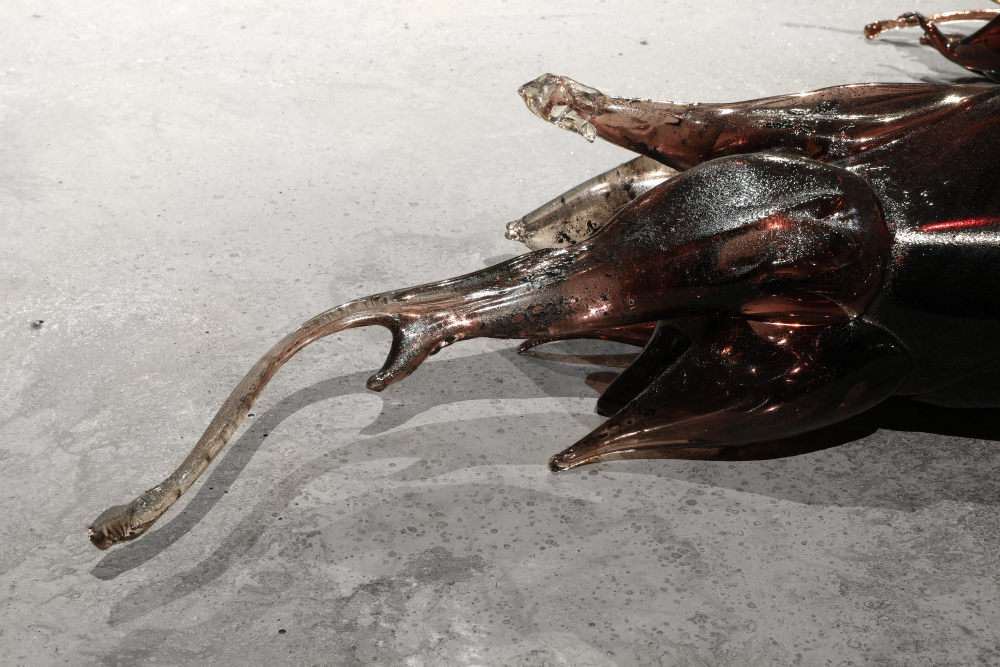 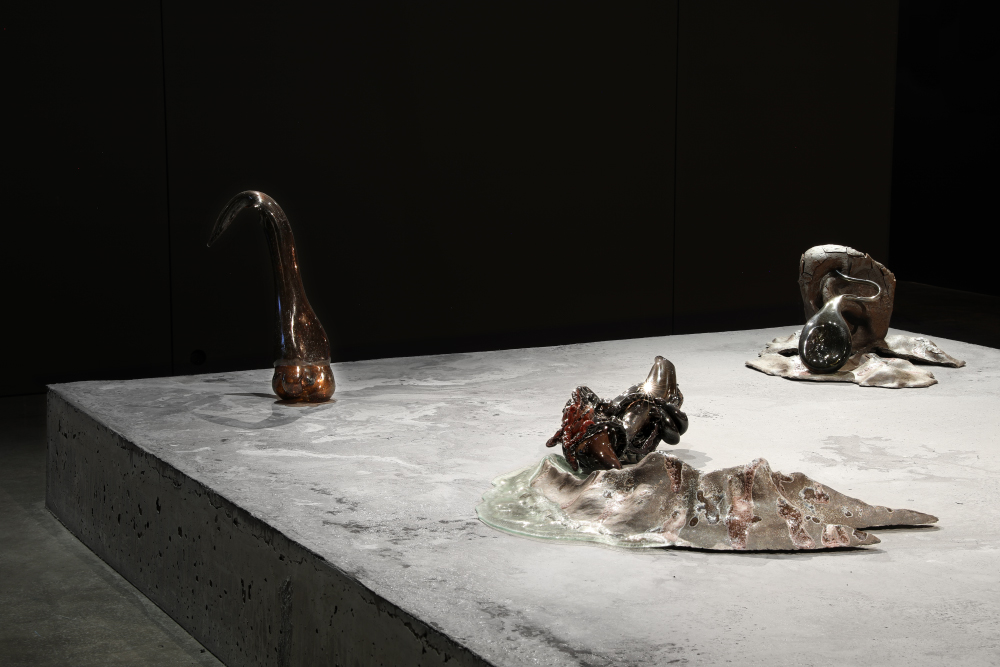 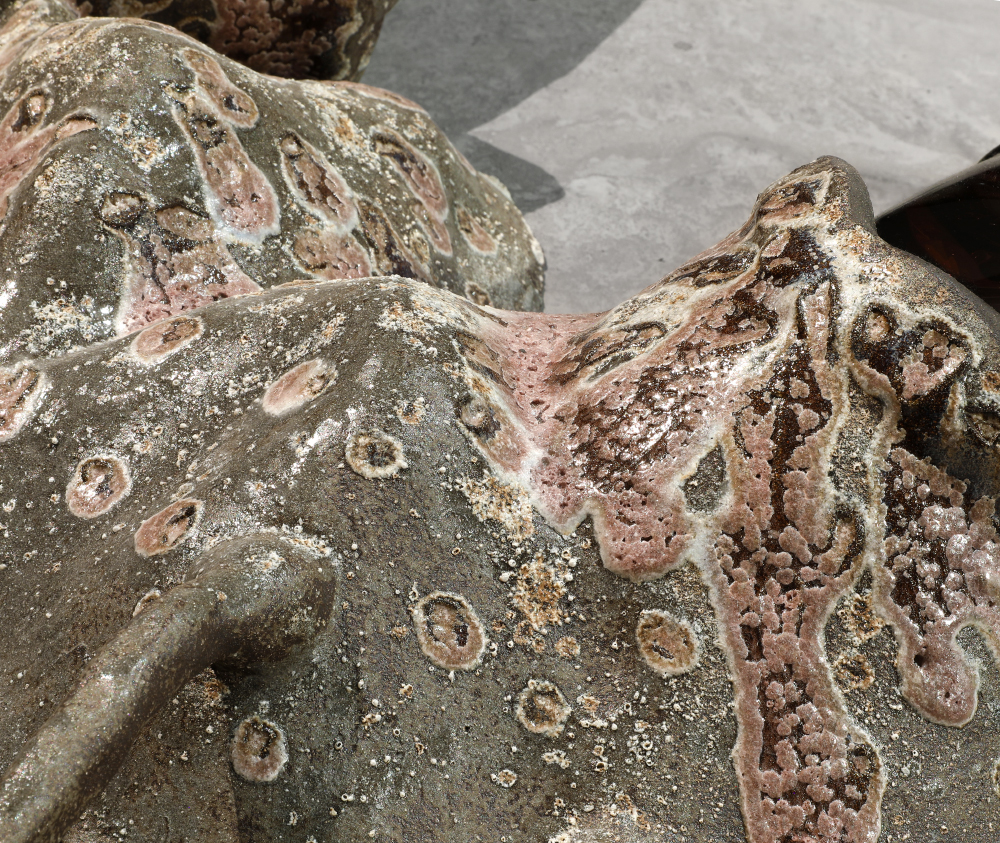 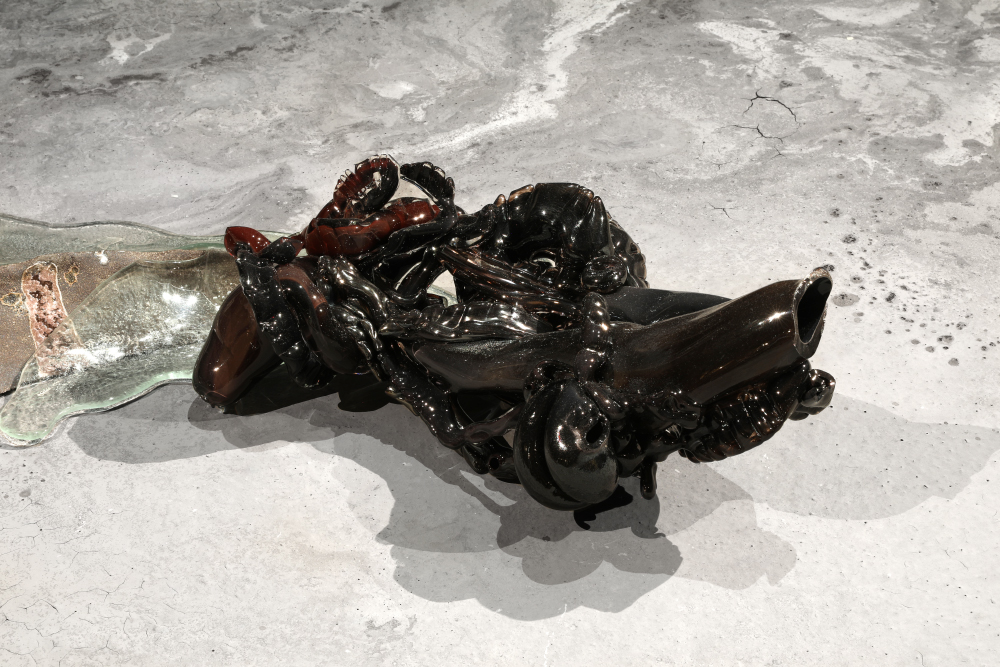 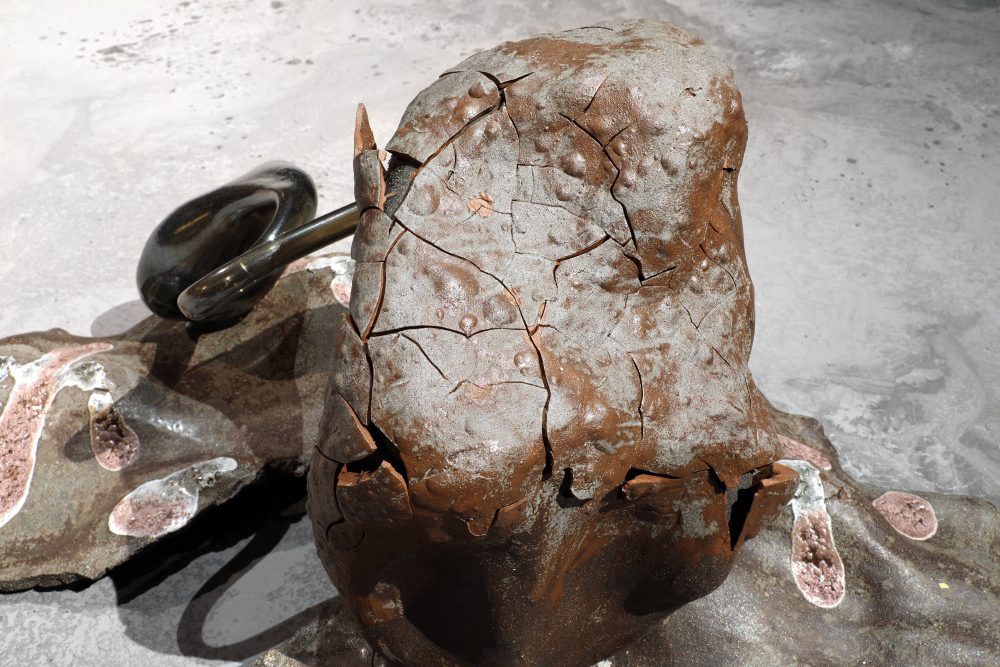 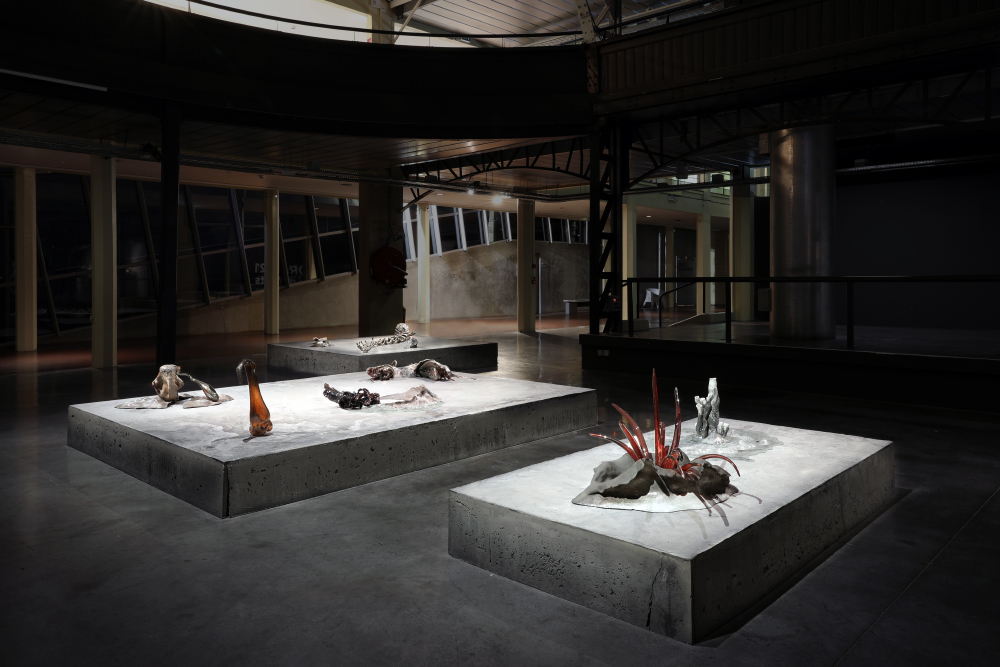 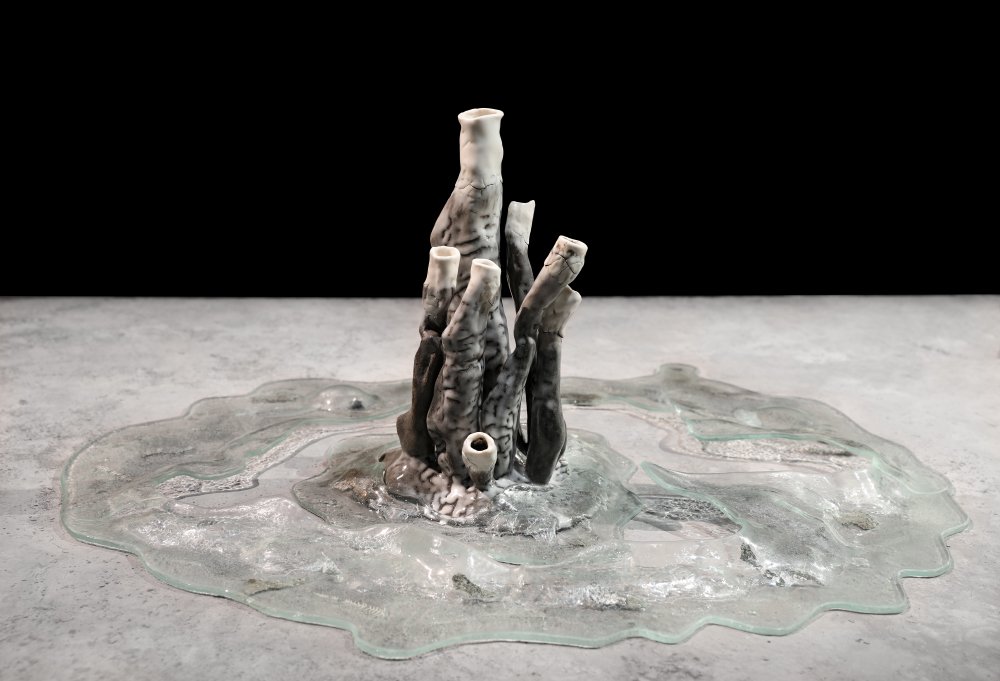 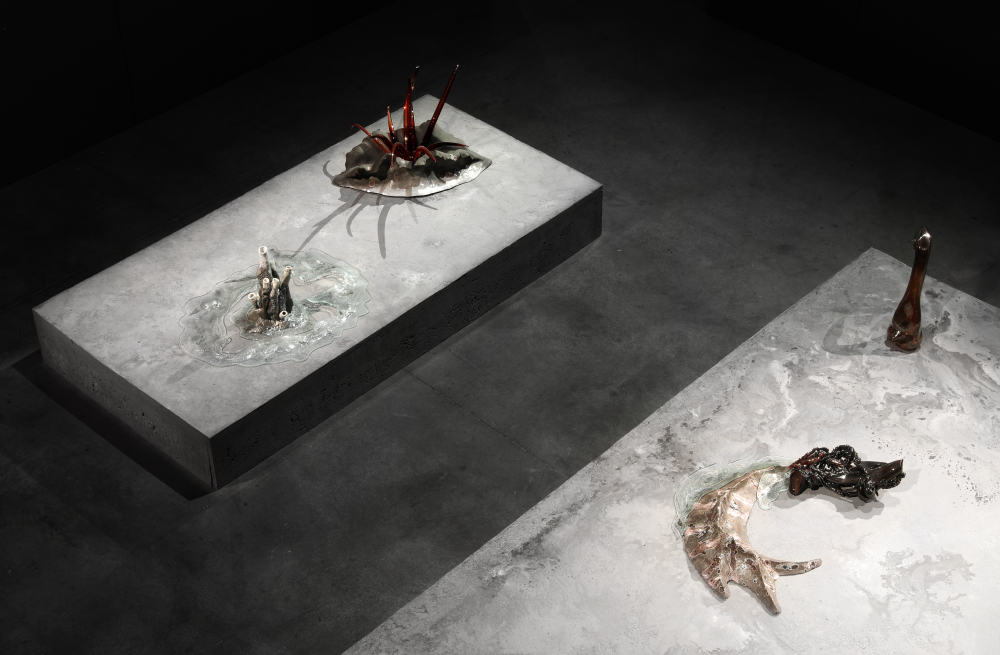 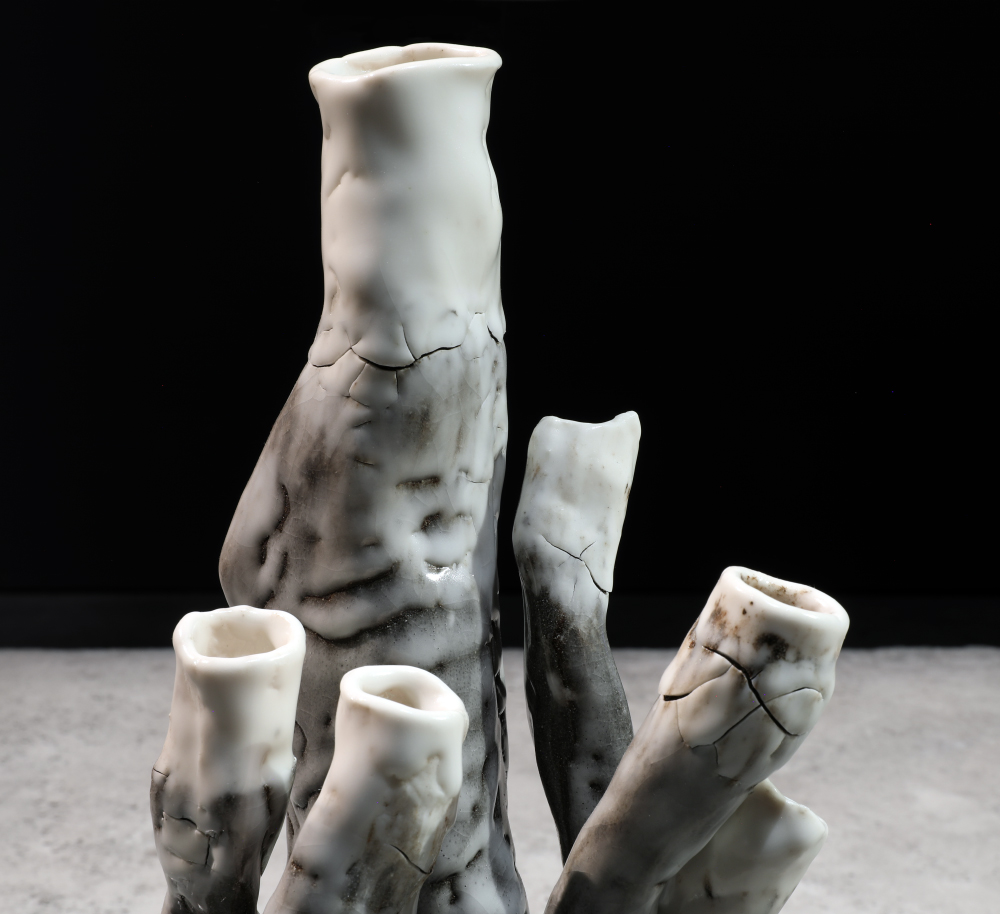 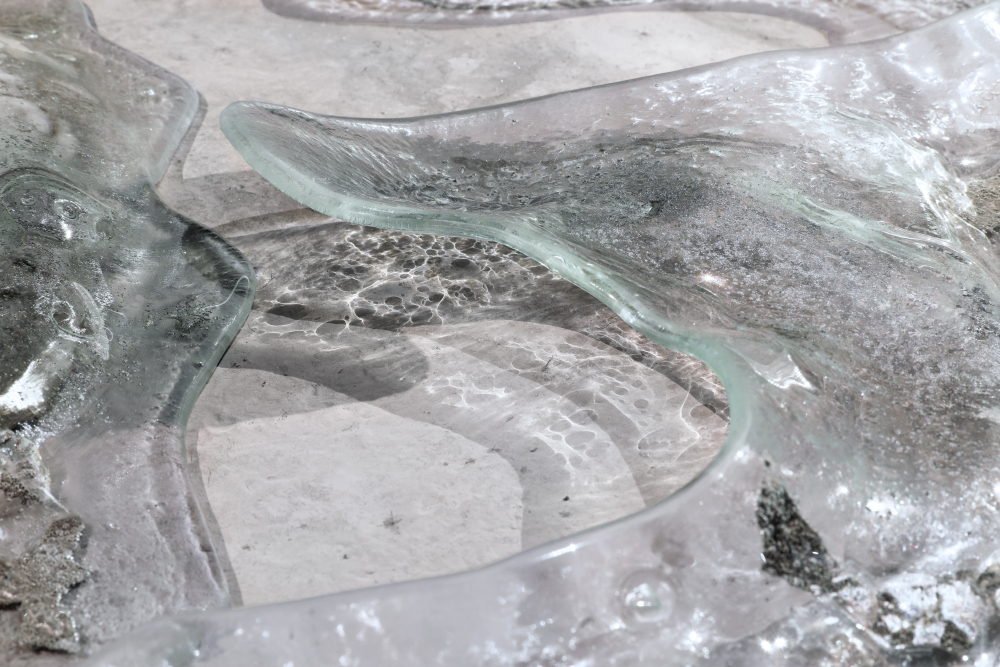 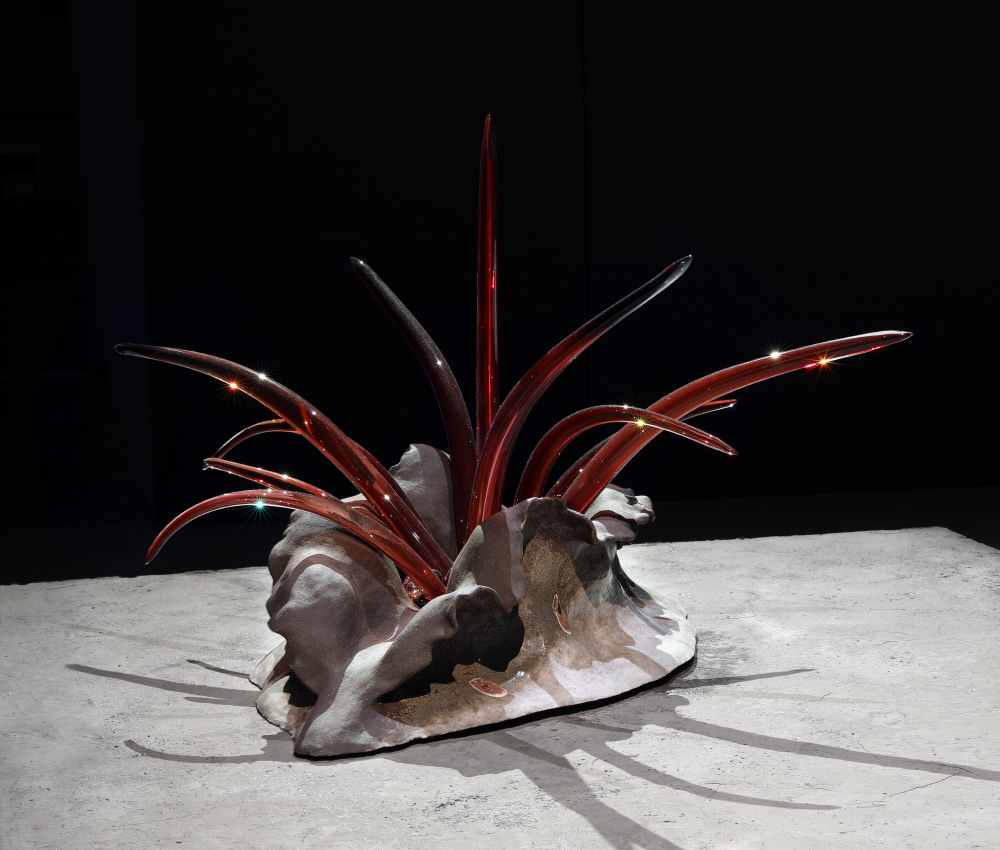 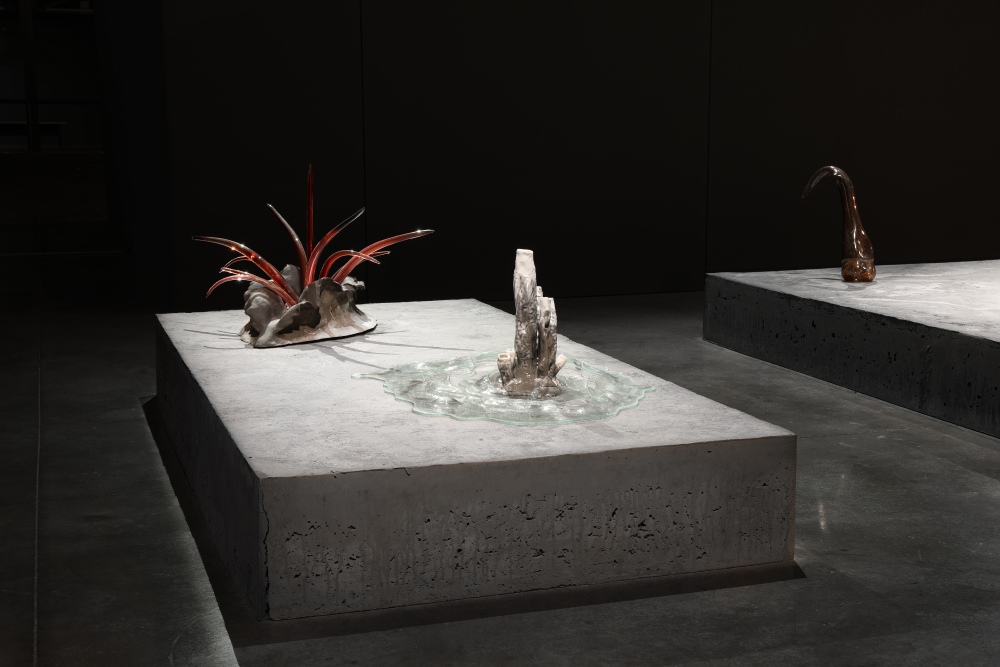