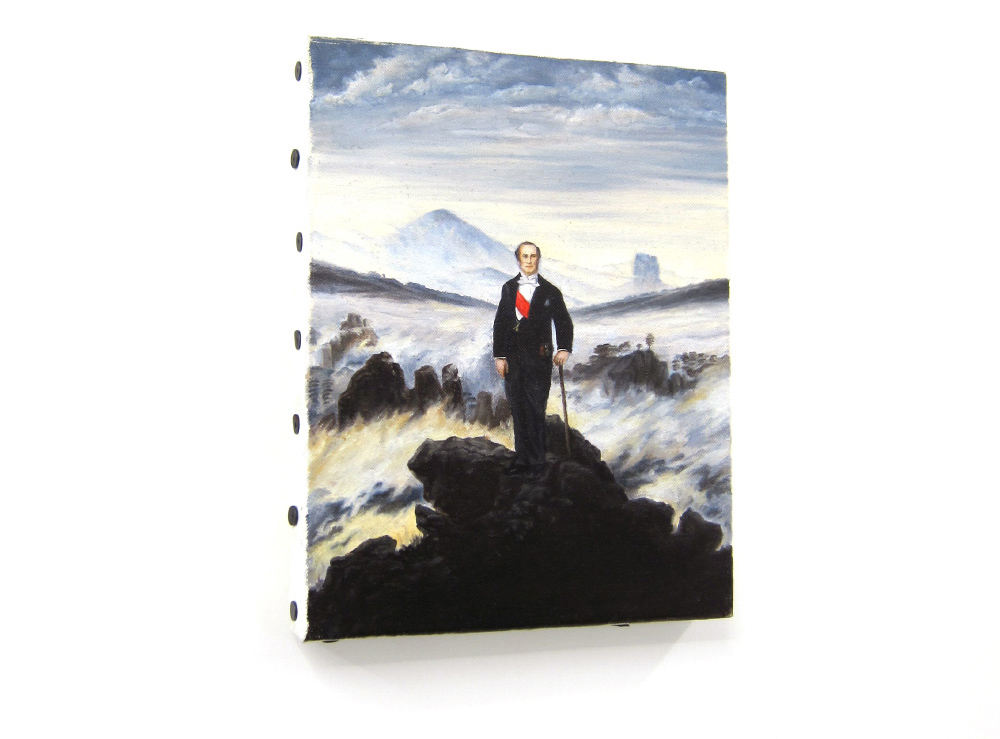 In Friedrich’s Wanderer above the see of fog, embodying the Romantics’ fascination for nature, the wanderer turns his back on the viewer, absorbed in the contemplation of the Sublime.

Here, the dreamy wanderer is replaced by Baron Haussmann, the great 19th century renovator of Paris. Facing the viewer, he is standing proudly as the master and conqueror of nature. 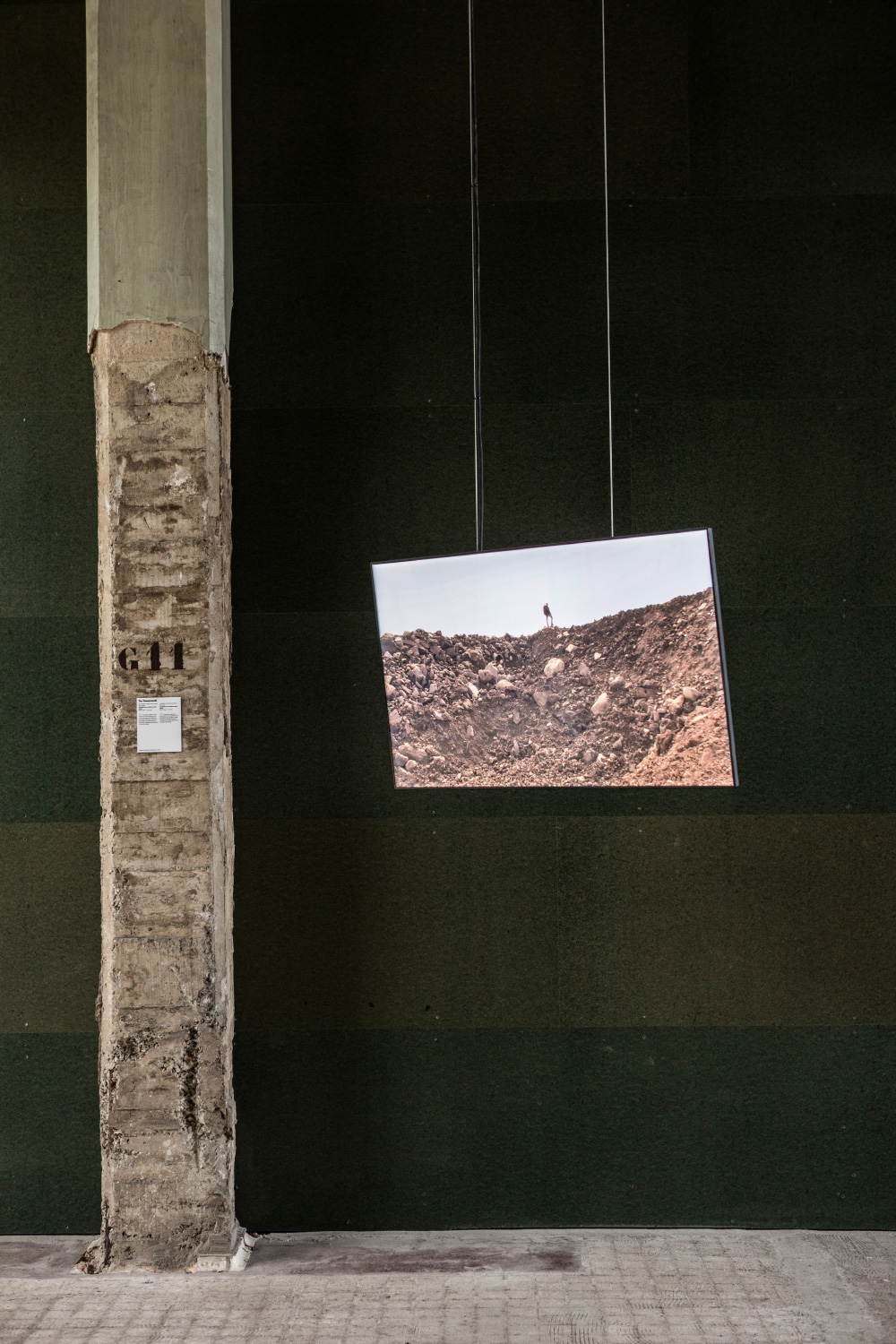 In February 2009, a competition was launched to appoint an “architect-planner-coordinator” who would oversee the redevelopment of the Seguin Island. Located on the Seine on the outskirts of Paris, the Seguin Island has hosted until 1992 Renault’s factories. Since the factories’ closedown and destruction, numerous architectural projects for the redevelopment of the island have followed one another but none of them was realized. 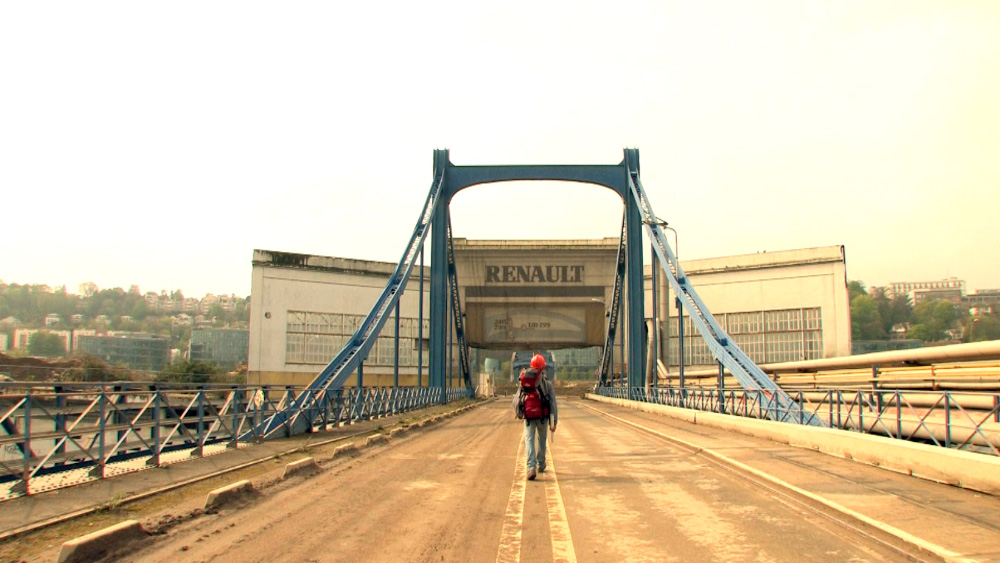 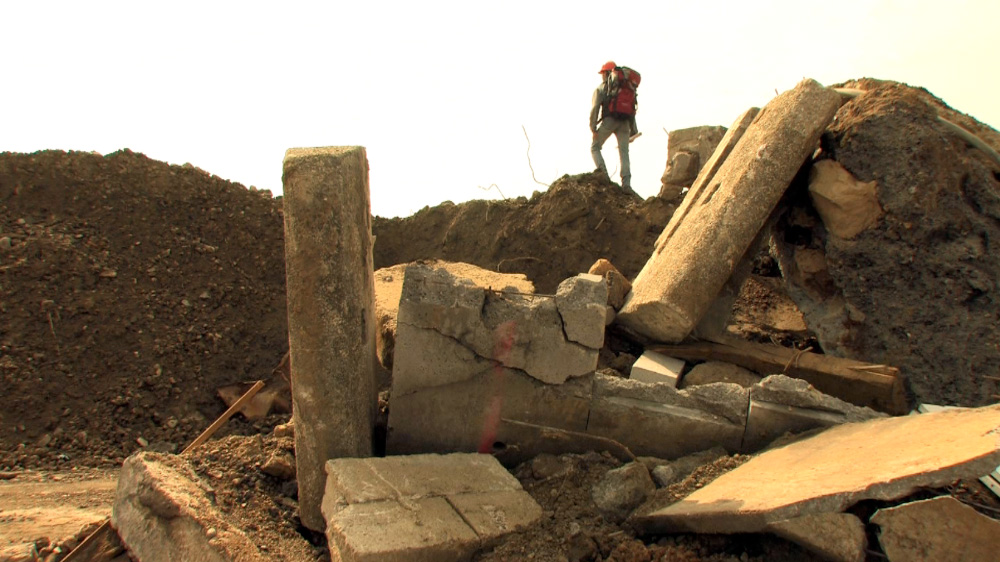 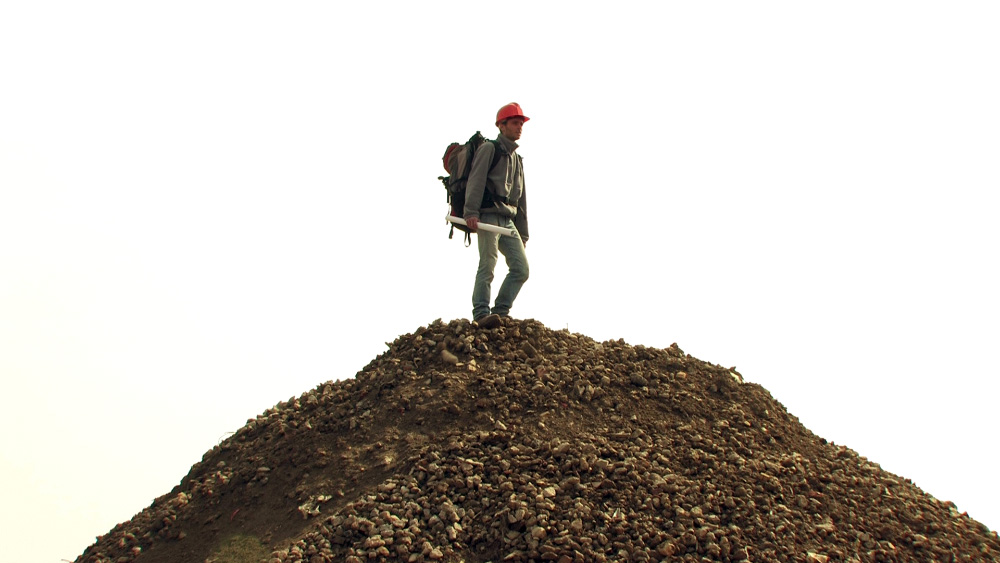 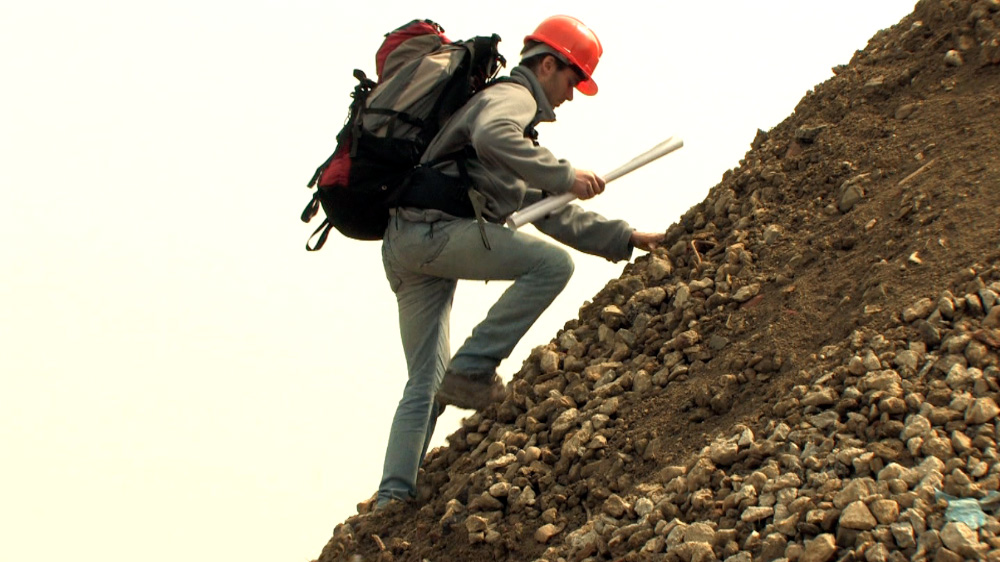 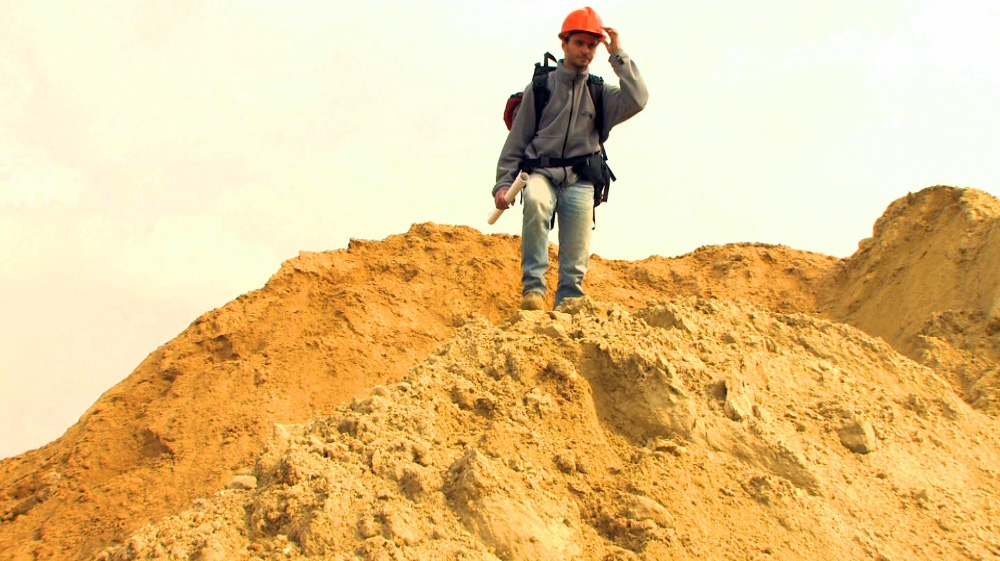 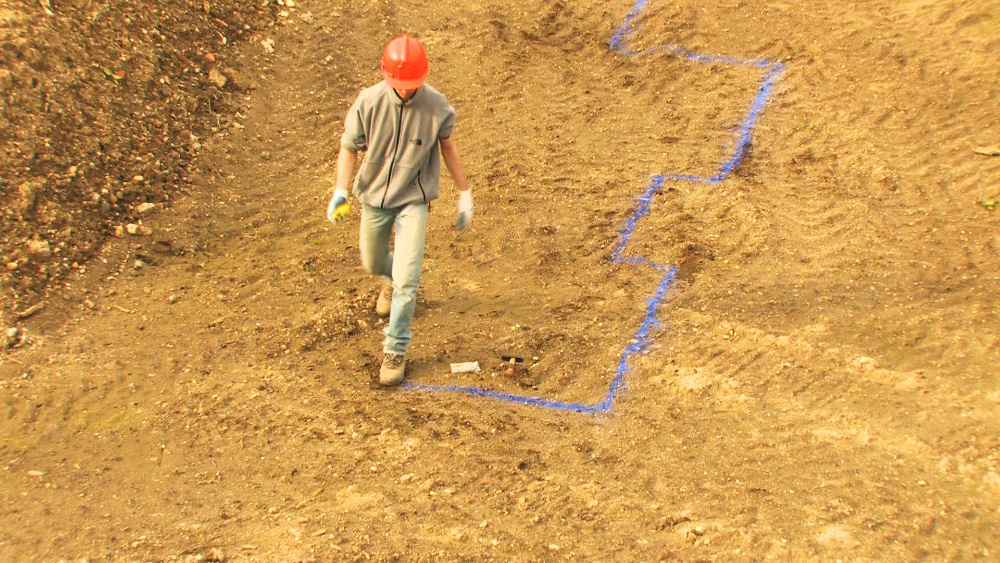 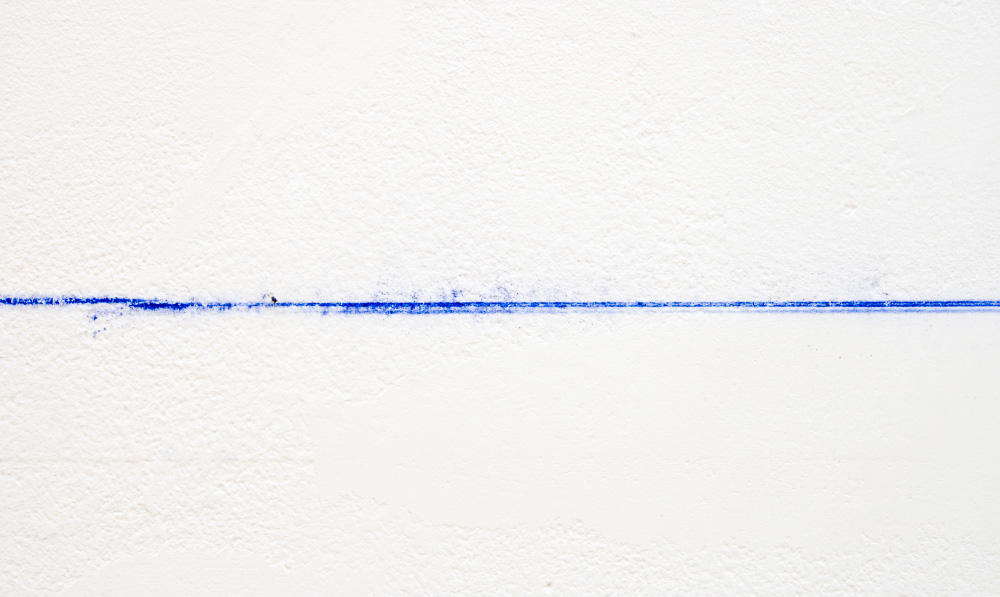 04
Untitled (after Krasiński), 2009, drawing a blue line with a chalk line reel used for masonry at 1m30 height on all the walls of a given space

The Polish artist Edward Krasiński used to delineate various spaces with a line of blue tape placed horizontally at 1.30m height. What would have happened if Krasiński had emigrated to Paris? Perhaps, as many Polish emigrants, he would have become a construction worker, drawing his blue line on construction sites with a chalk line reel? 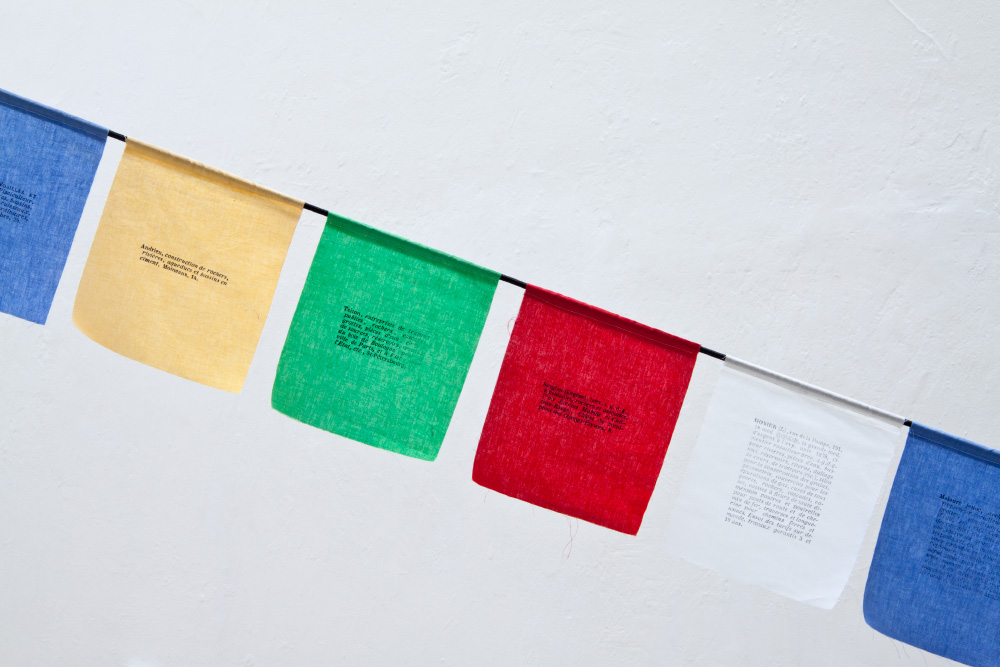 Benefiting from recent discoveries made in concrete technology, a new kind of artists-engineers called “rocailleurs” started to build spectacular artificial mountains in the parks of freshly embellished Haussmannian Paris.

Competition existed between these rocailleurs: who made the biggest rock, who could make it better, who won the most prizes, etc. The forum for this competition was a business directory of that time, the Didot-Bottin.

Their calls for a new religion of urban peaks are screen printed on colorful fabrics and displayed like prayer flags adorning Himalayan peaks. 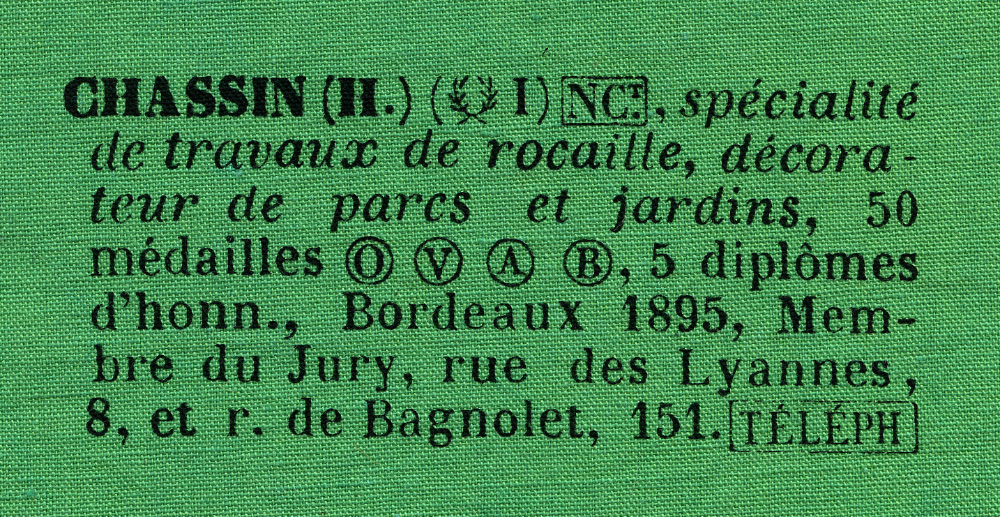 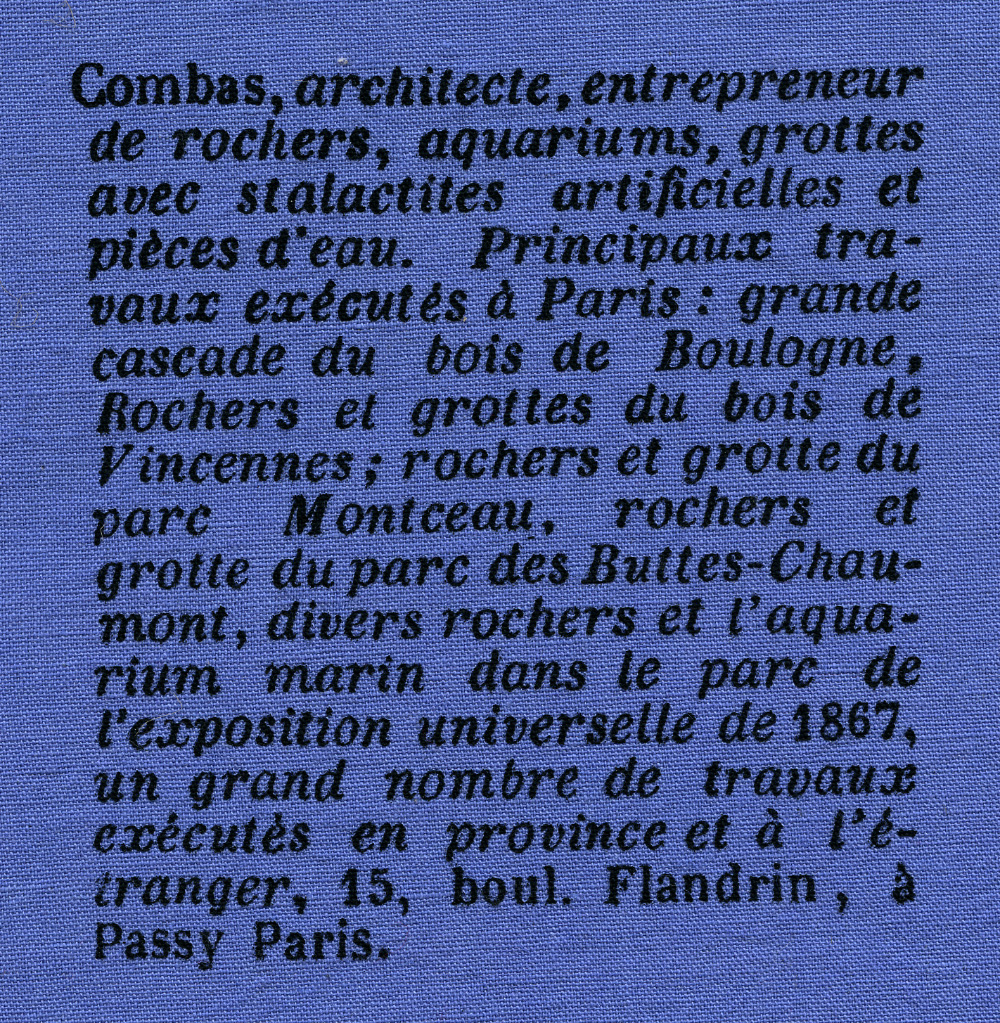 What would Paris look like if it had been entirely renovated in Gothic style?
Mimicking in low-tech the glossy before/after 3D previews of contemporary architects, the series is a formalization of an unrealized project alternative to Haussmann’s renovation of Paris: an unknown architect, mentioned by Walter Benjamin in his Arcades Project, proposed to rebuild the entire city in Gothic style in order to bring it into harmony with Notre-Dame Cathedral. 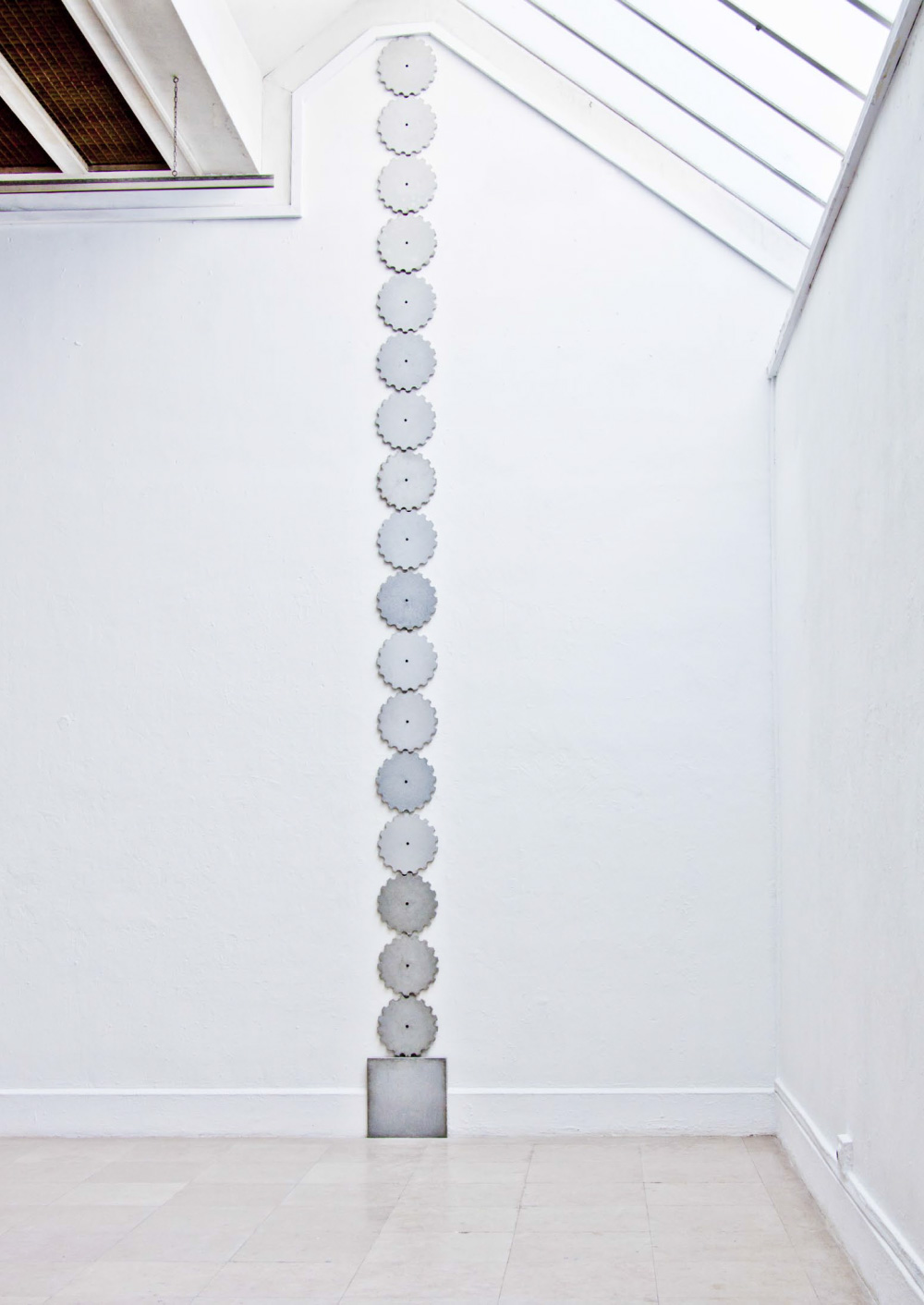 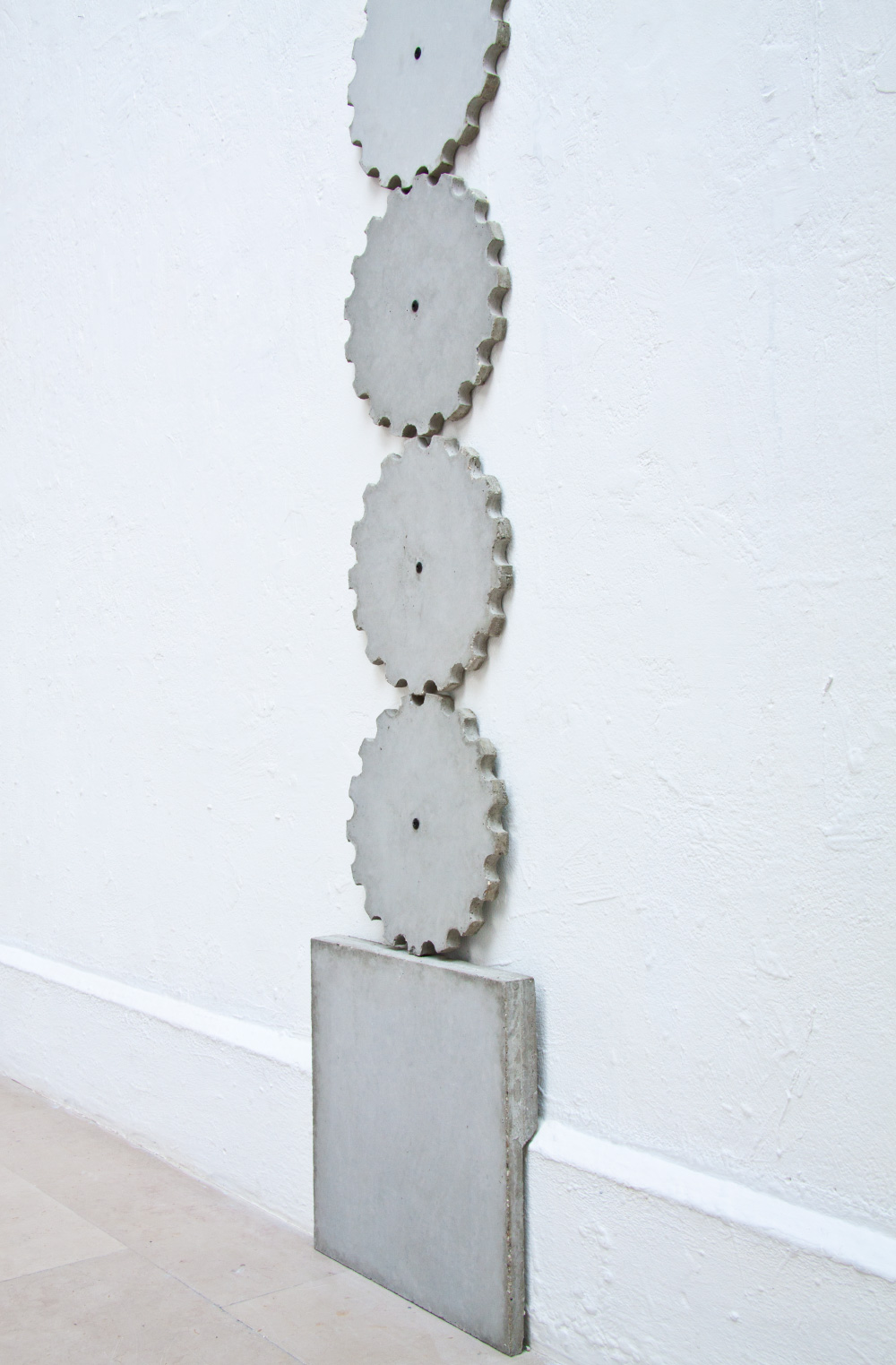 If one slices a fluted column, the obtained slices look exactly like gear wheels. Concrete casts of such slices are screwed flat on the wall, one on top of the other, forming a hybrid between a Ionic column and a spline gear system.